When Disasters Are Personal

The news from Japan is truly mind-boggling. And it just gets more worrisome. This is the first time I've felt a personal connection to what's happening beyond the common humanity bond. My cousin, Tom Byer, has lived in Japan for twenty years. He and his family live in Tokyo. And I worried for them. But Twitter proved its worth this morning - when I went on to see if there were any feeds from him, I found he'd been on CBS news.

All the News that Fits?

Did you know protesters shut down a bank in Washington DC Monday?

I've been keeping my political views to myself lately, part of a New Year's resolution to stay on a more emotionally even keel. But this is one I can't NOT mention.

Six hundred people marched on K Street Monday. Three hundred jammed into the Bank of America lobby and the bank had to shut down. I didn't hear about it on the mainstream news. In fact, I had to dig through the Washington Post blogs to find confirmation. But here's what happened, courtesy Democracy Now:

And if you're tired of not hearing what happens, I've found another source besides Democracy Now. Before It's News.

The Internet is finally proving its value. And I have a feeling the bank branch is just the beginning.
Posted by Susan at 7:16 AM No comments:

Dancing Naked on the Porch 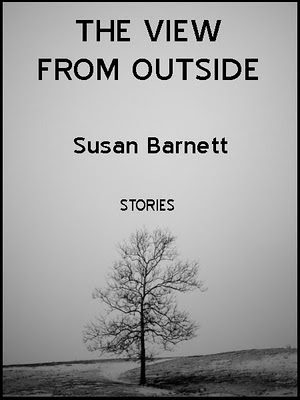 This is obviously my year for dreams fulfilled. Shortly after posting about my big fun as a backup singer for the talented musician I live with, something else huge happened. I got published.

I didn't have time to think about it much. One day, I was writing emails back and forth with a new publisher called Hen House Press...the next day a collection of my short stories was available on Amazon and at Barnes and Noble.

The View From Outside

My initial reaction was elation that reminded me of the incredulous, happy shock that followed the arrival of both of my children. There's no gorgeous, warm little person to snuggle, but there is a sense of having helped bring something new into the world.

Things have gotten a little weird since then.

In my initial excitement, I told a lot of people. I told people at work, including my bosses. They were thrilled for me. They're nice folks. I told my FB "friends" and sent out a "Hey! Guess what I did!" email to fifty of my closest friends." I didn't expect anyone to buy one but the sales started.

I went to NYC on a business trip and one of my bosses announced to the high-powered business owners at an evening meeting that I'd written a book that was now published. Three people came up to ask me to repeat the name.

And the weirdness grew.

Cousins I don't know anymore passed the word around the family that "Suzie" had written a book.

And it got totally weird. Because what I realized is every single damned thing I've written has some relationship to my view of reality, and I have just laid that bare for the world to see. Nothing's fact, some is complete fiction, but some characters certainly resemble people who could be recognized by relatives and that's a bit awkward.

It's weird that strangers are reading it, too, as I tend to guard my deepest feelings but in a book they flood the pages. It's painfully revealing.

So now I find myself with the strange feeling of dancing on the front porch, totally naked and feeling completely free, while hoping no one passing by on the street notices what I'm doing.

Who knew that this would be my honest answer when someone says, "You're published! How does it feel!"..........Conflicted.
Posted by Susan at 7:31 AM 8 comments: