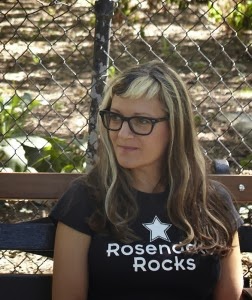 Ever since I've known Sari, she's had a million jobs, all of them related to writing. She writes for the New York Times. She ghost writes books. She's edited story collections (one of them, “Goodbye To All That,” a collection of writers' essays about loving and leaving New York City, is currently selling briskly). She is a co-founder and editorial director of The TMI Project, a non-profit dedicated to helping people write (and sometimes perform or publish) their stories. But I wondered – were these varied projects hers by choice, or by necessity?

I like being freelance. That's my nature. I like to have a few balls in the air. But I've had to have more balls in the air than I want because of the economy. I'm just going to confess: I just barely get by. And I do so much hard work. I have a two thirds time job as editorial director of The TMI Project. I've edited two anthologies this year and I've done a bunch of ghost writing, too, on top of it. I'm currently deeply editing someone's book, and with all of that, I don't know if I'll ever get in front of the eight ball.

Her husband is self-employed, too, so neither of them has a steady income they can count on.

We're both up in the air. This year his New York City gig ended. We've been in upstate New York for eight years and for most of that time he commuted two days a week to Rockefeller Center and a couple of other locations to do IT for law firms. But it just stopped making sense so it wound down and it's done, and he's now trying to figure out how to make this (his storefront computer repair business) work and support him. At the moment we're just eking by, even though we're so busy. Trying to find that balance of how much you can pay people, how much you can charge people, how many people you can have working at once. It's a real challenge. So both of us at the same time are in a financially challenged place and it's very, very stressful.

We've toyed with renting out a part of our house. I mean, how do you stay afloat in this economy? 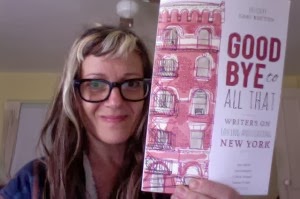 One point this year we almost rented out our whole house, but we weren't ready for that. So what are the other ways you can stay afloat? Plus I think back in 2005 when we bought our house, a lot of people were going with that rule of thumb “Buy the most house you can afford.” And now we're stuck with a lot of house and not a lot of ability to afford it. And I don't think that people are buying the big houses that they were and we're kind of kicking ourselves, wishing we'd bought something that was an income property, or was smaller....it's a tough time. It's a really tough time.


And it's expensive to live in New York, even upstate.

That's the surprising thing. People come up from NYC to visit and they think it's really cheap here and it's not. We're finding it's not much cheaper: we had low rent in New York and when it got tripled we had to leave. You pay for heating oil which you don't when you rent an apartment in New York City. You need not one car but two – because it's really important to be able to get around. The hidden expenses are just astounding. When we sit down and add it up, we find it's not really much cheaper to live here. And taxes, too – car repairs, house repairs. We have a bunch of credit card debt because we got caught by car repair bills at a time when Brian and I are both struggling.

What about health care?

Oh that, too! We have insurance through the Freelancers Union. But it's not great, though it's good to have. We each have a $3000 deductible and a high prescription deductible. A couple of years ago I was an adjunct at SUNY Albany, mainly so I could get really great insurance. I hada major operation and our bill was only $71! But my entire salary was going to gas and tolls, so no matter how I try to balance I'm always behind the eight ball.

I was also marveling - it's really true that we are the first generation that will have less than our parents. I can't imagine a day when we'll be able to afford to retire. Can you?

No. I've totally given that up.

We're considering liquidating what little IRA's we do have if things don't work out in the next few months. We were feeling ashamed and scared and then we talked to our friends and they're in exactly the same boat. We have friends who have already liquidated our IRAs. We don't have any money in it, anyway. And we don't even have kids! How do people do it if they have kids? I don't know how people do it today.

The cost of living keeps going up and what I do as a writer and editor keeps getting de-valued. The money I am offered for ghostwriting projects gets smaller and smaller because more and more journalists are doing it;  you can't make any money at journalism anymore.

Has this ever happened in history before? Where the cost of living goes up but not wages? Don't they usually go hand in hand?

Doesn't it feel like we're at this huge shift? And I don't know where it's going.

Unfortunately,it feels like something awful has to happen – where everything breaks down so we have to start over again. Some awful storm so no one can pay their mortgages -it's going to take something that will make the people with the money suffer. They're not going to want anything to change. There are no penalties for the banks because they're too big to fail. Unfortunately, it feels like something that could make them fail has to happen so that they are at the table with us.