This is an attempt to begin a conversation - to discuss who we are, what we want, in this America that is so deeply and frighteningly divided.
Write to everydaypeopleproject2016@gmail.com and share your story, too.


My name is Sheila.  I’m 48, barreling perilously ever-closer to the half-century mark.  Like Susan, I am an “east coast liberal elite”.  To add insult to that title, I even attended an Ivy League school. 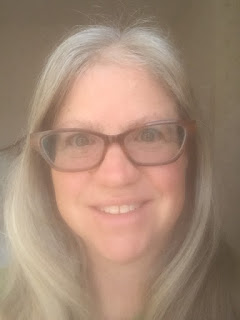 My parents split up when I was about eight.  My mom had to enter the workforce full-time for the first time since becoming  a homemaker, with just a high-school degree.  She waited tables, worked at a shoe store, and went to community college to get her associate’s degree in criminal justice.  She landed in the Internal Revenue Service and worked her way up to become one of the first female federal agents in the history of the IRS – a gun, handcuffs, the whole works.

With divorce often comes a degree of economic insecurity, and it was no different with us.  I remember government cheese once or twice, one Christmas party for needier children, but, as I noted before, my mom comes from proud stock and wasn’t interested in handouts.  She also worried about how we would be perceived if we were seen as “poor”.  Though we more than qualified, she never let us apply for the free lunch program at school because she worried my brother and I would be ridiculed.  Our clothes were bought at the Salvation Army Thrift store, and I remember her buying old Izod shirts just so she could take off the alligator and sew them onto my K-Mart polo shirts, just so I would feel like I fit in.  I remember the worry about making the mortgage payment, getting the car fixed, etc.

So I can understand the economic insecurity facing much of our nation.  The worry about putting food on the table, the worry about whether the bank is coming for the house, how Christmas is coming and your kid believes in Santa, and you have no idea how you’re going to get even a couple of presents under the tree.  I started working on the weekends when I was 14.  There were times when my weekend job and babysitting money made a difference in the household finances, but I know my mother hated to take my money.

I was laid off three weeks ago, after almost 17 years working in the healthcare division of a tech company.  I consider myself lucky in that I received a generous severance package, and I am eligible for unemployment.  Unlike when I was a child, I don’t worry about my children going hungry, we will not be in danger of losing the house.  I am lucky, privileged, really, but my fellow Americans should be able to say the same.  No one should have to work two or three jobs just to pay the daycare bill and rent.  I believe minimum wage should be a livable wage.  A lost job should not lead into an immediate economic death spiral and no parent should have to make the decision between staying home with a sick child – or sick themselves – and losing a day’s wages, or, worse, losing their job.  We deserve better.

I was diagnosed with cancer almost five years ago now; I am, again, lucky and privileged.  Privileged that I have excellent and affordable health insurance through my husband’s company and lucky that this cancer was caught at a very early stage.  Surgery is believed to be curative and I am closely followed on a yearly basis.  But if my husband loses his job and Obamacare is repealed, I will become 100% uninsurable in an open marketplace due to this preexisting condition, or if I can get insurance, it will be prohibitively costly and with a great many limitations on the coverage.  If my cancer were to recur or be found to have metastasized, I’d be screwed.   We all deserve high-quality, affordable – I even say free -- healthcare.  No one should lose their home or jeopardize their family’s economic situation because of medical bills.

I believe in science.  Data is not a matter of opinion.  Yes, we can all come up with examples of where scientists or doctors believed one thing once upon a time and now they denounce that for a new hypothesis, but all of happens because the data, or new data, showed something different.  With the new information came a new hypothesis.  Climate change is not a matter of opinion, it’s science.  I believe we can improve economic prosperity without killing our planet.

By now, it’s likely no surprise who I voted for; I voted for Hillary, in both the primary and in Tuesday’s election.  But some things might surprise you.

It might surprise you to know that I have unfriended or blocked no one during this election season.  I sincerely do want to hear everyone’s viewpoint, even if it differs from mine.  I even follow Trump and Palin on Facebook.

It might surprise you that, despite being a pretty hardcore far-left, bleeding-heart, hippie liberal, I have, in fact, voted Republican before.  I will support whichever candidate I believe will be best at the job.

It might surprise you that I don’t want to take away your guns.  I, myself, loathe them.  But I grew up with them – my mom and dad both hunted, my mom, as I noted, was a federal agent.  I will never own a gun, but I don’t want to scrap the second amendment.  I do believe that the second amendment is inadequate when taking into account the assault weapons that are out there now, and I do believe we need stricter controls and background checks.  Yes, people hellbent on violence are difficult to stop.  A man killed 19 people and injured 25 in a mass stabbing this past July in Japan.  But if he’d had a gun, the number would have been much higher, and chances are good that he would have had a gun were he in the States.

It may surprise you that, on Tuesday morning, I implored everyone to vote, and meant it.  While I dreaded a Trump presidency, I would risk my life to ensure that someone could cast their vote for the man, because that’s what I believe our democracy is founded on.  You may also be surprised that I’m not signing the petition to ask the electoral college to throw out Trump in lieu of Clinton; I believe that the people have spoken, and just because I disagree does not mean I want some kind of re-do.  Nor does it mean that I will not accept his presidency.  I will not like him, but I will respect the office.  Indeed, ironically, my husband and I are in a tax bracket that will likely benefit handsomely under his tax plan.  Please note that we didn’t want this.  We believe that we should be paying more, that tax breaks should go to those who truly need them.

I am an agnostic-bordering-on-heathen, so it may surprise you that I don’t wish to attack your religion or your way of life.  I am pro-choice, because I heard the horror stories of abortions performed before they were legal.  I don’t think I personally could ever decide to have an abortion, but I’m not going to make that choice for anyone else.  I know women who have had abortions; it was never an easy decision and it was never made lightly.  But I fully respect your Christian beliefs and your right to hold them.  I believe everyone deserves the freedom to worship as they desire, in perfect safety, and I will fight for that right.  It may also surprise you to know that I’ve read the Bible cover to cover, many times.  I’ve also read the Talmud, the Koran, the Buddhist Sutras, the Hindu Vedas.  There are universal truths to all of the religions, and far more commonalities than one might believe.

And it’s not just my kids.  One of my sisters-in-law is black.  One is an immigrant.  My nieces are biracial.  I have gay and lesbian friends.  I know women who have been brutally raped and assaulted.  I have Jewish friends whose kids have been told that they are responsible for killing Jesus.  I have Muslim friends, immigrant friends.  They are all afraid of what a Trump presidency will bring, and I believe that our fear is not misplaced, not hysterical, liberal, crybaby whining.  My grandmother was a recreational therapist for a Jewish nursing home when I was small.  I remember the tattoos on those wrists and the horrors that created them, and I believe that it could all too easily happen again.

I do not believe that every Trump supporter is necessarily racist.  But the Trump presidency will unleash ugliness – is already doing so – and I need to know that people will shine light onto that ugliness should they see or hear of it, every single time.  It is not enough to say “well, I’m not racist, there are just some bad apples everywhere”.  These actions need to be condemned and denounced, as the North Carolina GOP did with the KKK Trump Victory parade that is planned.  Hate needs to be called out every single time.  Everyone needs to be held accountable for human decency.

Like our founders wanted, I want “life, liberty and the pursuit of happiness" for myself, my family, my friends, and every American, and I’m fairly sure that’s what you want, too.
Posted by Susan at 3:08 PM